Dizzy Draztik was the singer of a band called the Rejects back in 1994 with Joey Jordison . The band broke up due to the creation of Slipknot but by 1999 Joey resurrected the band with Dizzy.

Joey introduced Dizzy to the music of the Frankenstein Drag Queens of Planet 13 and they tried to drag Wednesday 13 into the band a few times. It was not until 2001 that Wednesday 13 joined Dizzy in The Rejects as a bassist. Not long after Dizzy left the band to take of his mother and Wednesday 13 moved into the vocalist spot and changed the name of the band to the Murderdolls. Dizzy then started a new band called Bomb Pop Mafia. 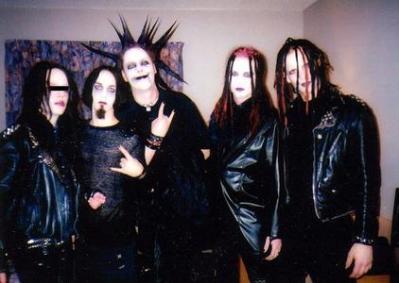 (The Rejects during Wednesday 6 (13) and Dizzy)

Racci Shay played in the band The Rejects with Joey Jordison and Tripp Eisen. When the band gained Wednesday 13 finally as the vocalist and they changed the name to Murderdolls . In 2002 The Rejects released a mix of recordings called Strung Out, Pissed Off and Ready to Die.  Racci was replaced by Katie Scabs. 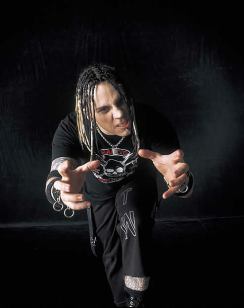 Racci Shay played with the band Dope till 2005 when he quit and decided to join back with Wednesday 13 and his solo project to replace Ghastly for the Fang Bang tour.

He worked on both the Bloodwork EP and the Skeletons record in 2008.

In 2010 he joined Wednesday 13 and Joey Jordison again as pat of the Murderdolls for the tour band alongside guitarist Roman Surman and guitarist Jack Tankersley to support Women and Children Last. 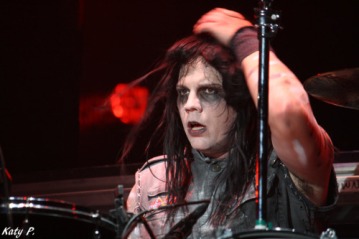 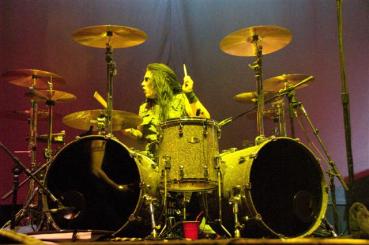 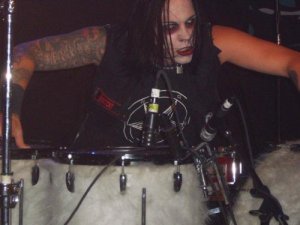 Tripp Eisen met Joey Jordison when Slipknot and Dope were on tour together in 1999. In 2000 both of them decide to do a side project which they used their musical tastes together and created a band know as The Rejects with Dizzy Draztik on vocals, Joey on guitar , Racci Shay at the time on drums and Wednesday 13 on bass.

Dizzy left the band for personal reasons and Wednesday 13 flipped to vocals. Soon after, the decision was made to move Wednesday 13 into the front man position. The recording of the album was moved into high gear. Wednesday 13 brought several of his own songs with him. Then, after the album was finished, the line-up was completed by Eric Griffin on bass and Ben Graves on drums.

Tripp became involved with Static X at this time but was involved in both recordings of Right to Remain Violent and Beyond the Valley of the Murderdolls. 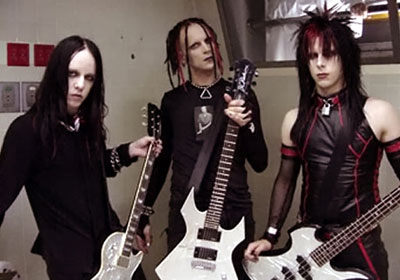 (Tripp Eisen during the Murderdolls (in the middle))

Tripp appeared in the band’s debut video, Dead in Hollywood. Eisen ultimately parted ways with the band due to Static-X’s recording schedule so he could fully contribute to the band’s third album, Shadow Zone. He was replaced with guitarist Acey Slade.

(Tripp is on the right at the end)

While a member of Static-X, Eisen was arrested in 2005 on a felony charge in California  for having sexual intercourse with an underage girl. 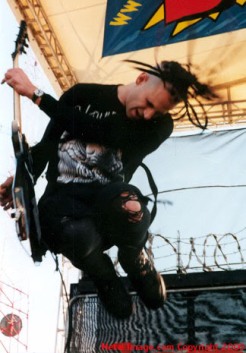 In 2001 while on Slipknot was on the Ozzfest tour Joey Jordison met Tripp Eisen from Static X and they started a conversation of doing a side project. 2002 the band was created and called The Rejects but they went through a name change called Murderdolls and they recruited Wednesday 13 originally to play bass from the Frankenstein Drag Queens from Planet 13.  After the vocalist Dizzy left the band for personal reasons Wednesday 13 took over the mic and they started to re-record old Frankenstein Drag Queens from Planet 13 and Maniac Spider Trash songs.

Joey in this band did not sit behind the drumkit like his other band Slipknot but instead played guitar.  The band once settled with members along such as Wednesday 13 (vocals), Tripp Eisen  (guitar), Eric Griffon (bass) and drummer at the time Ben Graves the band recorded their first EP called Right to Remain Violent in 2002.

Not long after that record they decided to do a full length record and released Beyond the Valley of the Murderdolls. Which like the record before was made up of past Wednesday 13 songs which were re-recorded. The record was a big success and with the help of their imagery of looking like a cross between old Motley Crue meets Marilyn Manson they gained a huge fan base. Even in 2002 they made an appearance on a episode of Dawson Creek.

In 2004 the band played their finally show with this line up as Joey wanted to focus back to Slipknot. The band did not split up but it was seen as a break for Joey and Wednesday 13. 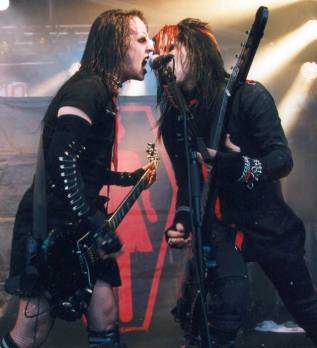 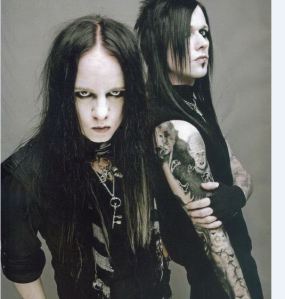 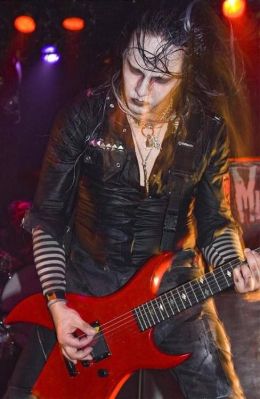